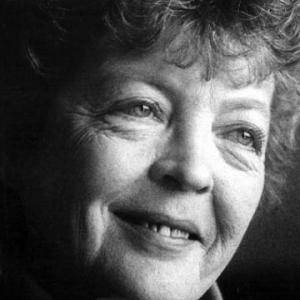 When Svava Jakobsdottir a while ago was asked by the Norwegian newspaper Friheten if she thought it was more difficult to be a female author than a male, she said “I think it can often be an obstacle, yes. The tradition in the literature is masculine, and the women have supported our portrayal from the man’s point of view. A woman will have to start from the beginning when she is going to write. I could not learn anything about women from the literature that was, because I could not accept the usual description”

What Svava says here is a common problem for all female writers. In order to portray women, they must look for comprehensive expressions of experiences that have hardly been dealt with in literature before. They have to create new images and symbols, and they have to explore new contexts. They have no tradition to build on, and thus face a greater challenge to innovation and originality than their male colleagues.

With the rise of women’s literature in recent years, as a result of the new women’s movement, there has also been a lot of talk about the so-called crisis of this literature. A Danish literary critic has formulated it in such a way “that the works are not written as well as they are experienced. Women’s experiences and women’s consciousness are pressing on these years” she says, “but the literary means of expressing them are usually not available”

This ‘crisis’, which according to the Scandinavian literary critics is to be a dominant feature of the new women’s literature, need not only be painful. The fact that the female writers are outside the literary tradition means that they have a more reflective attitude towards it. They are not so easily captured by literary clichés and conventions. With Svava Jakobsdottir, the “crisis” of women’s literature has thus transformed into a strength, which has given important impulses to the Icelandic prose literature, and which has made her one of the most exciting authors we have in the Nordic countries today.

Svava Jakobsdottir was born in 1930, and grew up in a bourgeois environment as the daughter of a priest. Like many female writers, she debuted relatively late. In 1965 came the collection of short stories Tólf Konur (Twelve Women), and since then, at regular intervals, the short story collection Veizla undir grjótvegg (Party under a stone wall, 1967), the novel Leigjandinn (The tenant, 1969) and the play Hvað er i blýhólknum? (What’s in the lead capsule? 1970). These works attracted much attention due to the sharp social criticism and the original form. The play was filmed for television and much debated, but paradoxically was the last thing she got written in a long time. The socialist party, Folkealliansen (corresponding to SV in Norway) had seen in Svava a promising candidate for the upcoming parliamentary elections. From 1971 she has been the party’s general representative for Reykjavik and only wrote one major work, the play Æskuvinir (Youth friends), which was  performed  at the end of 1976.

With her first works, Svava helps to introduce both the new women’s movement to Iceland and modernism in Icelandic prose literature. There is a clear connection between these two things. In everything Svava writes, she takes as her point of departure portrayals of women, and her stated program is to demystify the personal around the woman and show how it is society that influences and shapes her role. This was a new perspective in Icelandic literature, and it required a new form. The most striking thing about Svava’s work is also the distinctive writing style. She mixes everyday life and imagination in a way that forces readers to interpret. The most common is presented as if it were absurd, and the wonderful as if it were part of everyday life. Svava does not comment on the events, she somehow registers them. We must read the ‘message’ from the works’ complex structure and spelling. Every word has an important function.

In a conversation with Göteborgs Handels-och Sjöfartstidning from 27/11/1971 Svava says that she does not believe in realistic poetry because it reflects and evokes a traditional perception of the world. In the aforementioned conversation with Friheten, she elaborates on this in more detail, and also gives interesting views on her own writing style and the idea behind it;

‘It is the language, the word, that gives reason to tell in the way I do. I want to break up the speech that is now dead and without meaning, in order to arrive at the original meaning with words. Here I have learned from fairy tales, which are the people, therefore man’s own way of telling. This is how I make the meaning visible, and the advantage of the fairytale style is that he does not turn off the imagination. It was easy to combine this method with realistic, everyday events.’

Identity and alienation are the thematic contradictions on which the entire authorship is based. This is reflected in the prominent motif of the house building. Investment in houses and concrete can be said to be a public disease in Iceland, as a result of the catastrophic inflation in the country. Within this motif, we usually have a female protagonist, who has only one goal in life, and that is to lock herself inside a safe, large house of stone. She does not see that the security she seeks actually means captivity and self-destruction. The connection between the role of women and alienation is clearly expressed in this picture from Leieboeren, which shows the woman at her final goal:

‘She closed her eyes and sensed nothing without touching the house. This is how she stood until she could no longer distinguish between her skin and the stone, but felt her nerves and veins flow uninterruptedly into the walls of the house, felt her heart pumping her own blood to where the concrete determined her place in life…’

Svava usually adds the point of view to the woman. We see the world through her eyes, and thus we get a depiction of her state of mind and consciousness. In the short stories, Svava concentrates on the depiction of married women and typical housewives, and shows how one has deprived them of self-esteem, so that they only live in others and for others, without any independent existence. In Leieboeren and Ungdomsvenner the central portrayal of women is extended to a depiction of Iceland’s inferior position vis-à-vis the United States and NATO.  We get parallels between the oppression of women and the oppression of a nation. At the same time, the representation of the woman’s consciousness becomes a picture of the consciousness of the oppressed in general.

The short story I mannens draum well illustrates Svava’s relationship to the literary tradition, her way of writing and the central theme of her writing. She makes a lot of use of literary cliché’s and myths that she turns upside down. A good example is the picture of the mother waving the duster on (Romeo and) Julia’s balcony. The short story is written in the year of women and ironically enough for a trivial weekly magazine that usually goes in for everything that Svava turns against. The name refers to a famous Icelandic poem from this century, þjóðvisa (Folksongs) by Tómas Guðmundsson. It is a lamentation, dedicated to a young woman, who has gone mad at the death of her beloved. It ends like this (in a prose translation) “I’m the mysterious flower in the young man’s dream, and I’ll die if he wakes up.” In this poem, the woman has no identity, and is locked in a dead man’s dream.

With a very nuanced irony, Svava moves this motif from þjóðvisa to an Icelandic everyday life in one of Reykjavik’s newest neighbourhoods. The abstract is depicted as if it was concrete, we see the woman in the man’s dream. An important tool here is Svava’s symbolic use of such feminine and intimate things such as clothes and mirrors. We see in two worlds at the same time: the woman as the man and society (the mother) want her, alienated from herself, and the woman as she is and fights to be. In other words, we get a contradiction between the female role and identity. In this short story, as in her writing, Svava shows how this conflict continues to be unresolved, as long as one wipes the dust off the tradition instead of starting from the beginning.

In addition to this, Svava has published a number of short stories in magazines;

Forteljing for born (Story for children)